The 28-year-old was a relatively unknown defender playing for Slavia Prague this time last year but, having impressed for the Hammers in 2020/21, is now one of the main names on the lips of fans across the continent.

Of course, Coufal and his fellow Hammer Tomas Soucek, will be coming up against West Ham talisman and England midfield general Declan Rice on Tuesday, and the right-back is looking forward to coming up against him.

In an interview with Betway Insider, he said: “I remember when we were sitting together during the home game against Doncaster, Declan reminded me of his first game for England, when we lost 5-0 at Wembley.

“Then we spoke about the return game, when we beat England 2-1. I have to admit I am hoping we repeat this game.

“Of course, when we are team-mates we are fighting for one goal, but when we have different jerseys on the body we are opponents. I want to beat him and England.”

Coufal is also hoping Czech Republic can emulate the country’s success at Euro ’96, when they made it all the way to the final at Wembley before eventually losing to Germany.

A win on Tuesday over England would go along way in ensuring Coufal and his teammates are spoken in the same breath as the likes of Karel Poborsky, Pavel Nedved and Patrick Berger, and the defender loves to reminisce about those good times in Czech football.

“I was young,” he said, “so I didn’t realise then how successful our national team was.

“But of course I now know lots of the players who were involved in that squad. A few of them went on to play in Euro 2004, which I remember well. The Czechs had really good players in that time.

“There is a special feeling when you represent the national team, but I never feel big pressure to perform personally.

“That said, I have hope that we can be successful like our team in ‘96.”

It’s going to be an interesting clash on Tuesday evening as both sides look for all three points and the chance to win Group D, although that could potentially mean a tougher route to the final for whoever comes out on top. 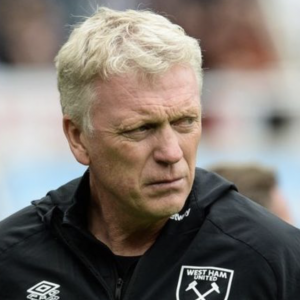