West Ham United are interested in signing AFC Bournemouth star Ryan Fraser this summer, according to the Daily Mirror.

The Scotland international is said to be running down his contract at the Vitality Stadium, a deal which expires at the end of the campaign, ahead of assessing his options, something the Hammers are fully aware of.

The 25-year-old was one of the best players in the Premier League last season, with only Eden Hazard supplying more assists than him, but this term has been more of a struggle for the winger West Ham are keeping close tabs on.

Injuries and a side who themselves aren’t playing as well as they could have all been factors in that, but despite that, the Hammers remain keen on his services, particularly with the possibility of acquiring his capabilities on a free transfer come the end of the campaign.

David Moyes is actively looking to improve his West Ham squad in all areas, and with one of two of his creative talents failing to live up to expectations, it would come as no surprise were a new signing in that area of the pitch to arrive at the London Stadium.

Fraser has plenty of admirers aside from the Hammers though, with Arsenal and Liverpool both said to be interested in his services as well, although the former are expected to focus on their defence before bringing more attacking players to the Emirates Stadium.

Nevertheless, if West Ham are to get their man, it would appear they are going to have to beat off some pretty stiff competition, challengers which could grow in number should the Scot decide not to renew his current deal with Bournemouth.

All eyes will be on the Vitality Stadium to see how things progress between the player and the Cherries, with the Hammers ready to step in during the summer should he become available. 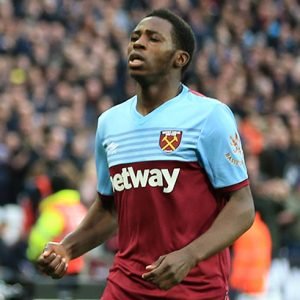