The summer transfer window closes at 11pm on Monday, with the likelihood of West Ham doing business in the last 24 hours of the period.

While the supporters are keen for new faces to arrive in East London to bolster David Moyes’ squad, there surely will be some fringe players that could leave – either on loan or permanently.

Here’s five players whose futures will not be clear until the window closes.

The promising West Ham midfielder is being linked with a loan exit and in truth, Moyes had a decision to make over Cullen’s future.

No longer at an age where he is a promising youngster, the 24-year-old Hammers youth-team graduate needs first-team football – the Scot needs to decide whether that’s in East London or somewhere else.

When West Ham signed Yarmolenko from Borussia Dortmund, the news was widely celebrated – with the club landing an international-calibre, versatile and technically astute attacker.

However, a serious injury and a lack of opportunities has blighted the Ukrainian’s time with the Hammers – an exit on deadline day wouldn’t be a big surprise.

The gifted midfielder is an undoubted talent but injuries have blighted his career, both at Arsenal and West Ham.

With no sign of things improving and Wilshere on a big wage, either offloading the playmaker to a suitor for free or ending his contract early would make sense for the Hammers.

The Brazilian attacker appears to have lost his way, with the early showcases of skill and commitment now becoming way too fleeting occurences – Anderson looks like his mind is elsewhere.

While West Ham would hope to regain a significant fee to let the South American go, if there is a chance for a late deal to allow Anderson to return to Italy, the Hammers should pursue it.

While West Ham do not have lots of options at centre forward, the likelihood of Silva getting opportunities this season seem small.

The Portuguese forward needs senior football to help him reach his potential – a loan exit would suit the 23-year-old and the Hammers.

Report: West Ham attacker wanted to leave in window, but deal to homeland fell through

Telegraph: German centre-half ‘not planning’ to move to West Ham 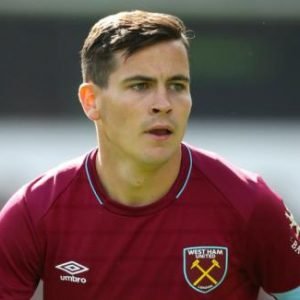 Opinion: West Ham would be wrong to send 24-year-old to exit door